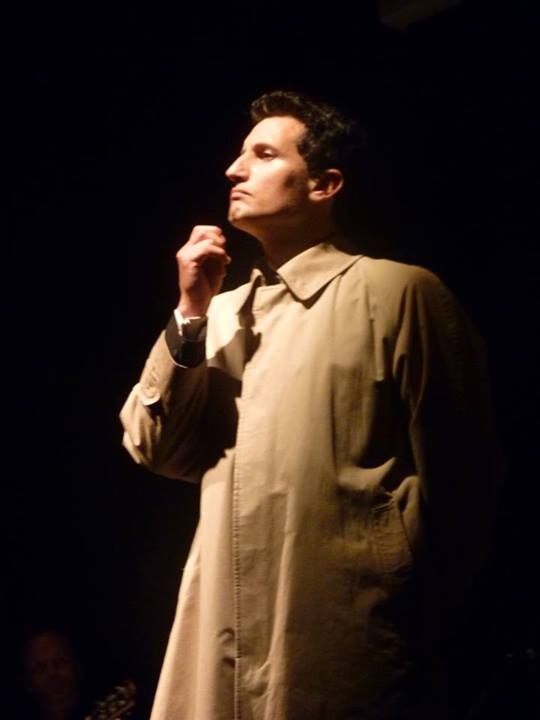 A Once in a Lifetime show

What made you decide to do a show about Anthony Newley?

GL: Well, I’m a huge fan of Newley as a performer, creator and personality. I always perform at least one Newley song in every show, but have been itching to put together a whole night of his music – he has such a huge, varied and original songbook.

GL: Everyone! I’m keen to keep Newley’s work alive and bring it to as many people as possible – he’s been a bit overlooked.

Actually, ‘overlooked’ may be the wrong word. Uncredited or uncelebrated would be more accurate. People do tend to know his ‘big’ songs such as ‘Feeling Good’, but they associate them with other singers.

So tell us about the show.

GL: Well it’s a full evening of spine-tingling Newley songs, right across the board from the tear-jerkers to the dancefloor fillers. We’ve got 7 fantastic singers backed by our smashing Foxes live swing band – and we’re mixing it up a lot by singing together in duets, trios and choruses, as well as intimate solos. And we’ll be using different instruments, ranging from a single piano or guitar, to the whole band charging forth in full flow. There’s a lot of variety.

It’s for both Newleyphiles and Newley newbies, so all the big hits will be there – but there’ll be plenty of lesser-known gems as well, and a few bits and bobs that only Newley aficionados will pick up on.

Will you be impersonating Newley? 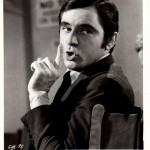 GL: Nah… No-one can ‘out-Tony’ Tony! And I have my own style, developed over many years. I’ll be trying to channel him rather than imitate. That said, I may feel moved to throw in the odd little nod to his unique vocal style!

I like to inhabit a song rather than just sing it, and get my understanding of it across. Newley did that too, which is partly why I relate so strongly to his music. He nailed it, every time.

Your Foxes shows recreate vintage 50s/60s nightclubs. Will this be different – maybe a bit more Broadway?

GL: Not really – you’ll still be stepping into a joint of dubious repute, circa 1960! We’ve got our usual round tables, candles, bar and some space to have a dance. It’s basically just the sort of place in which the young Tony Newley cut his teeth on his way to stardom. 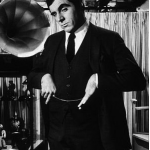 So how true is the show to the original songs?

GL: Pretty true, don’t worry. I’ve written most of the arrangements myself, over many months.

Some of our stuff swings a bit more than the original, but the feel, intention, integrity, is all still there – you’re not gonna find yourself in some weird, left-field reinterpretation of Newley’s music. There’s jazz/swing, theatre, pop and of course cabaret balladeering, at which Newley was second to none!

Was it hard deciding which songs to include?

GL: You bet – it was incredibly hard! We’d need four hours, never mind two, to cover just his best songs. So I’ve focused mainly on songs he wrote himself, plus a few others that he famously performed. ‘Course there’s a chance that someone’s favourite might not be there, but the big hits are – and some pleasant surprises for aficionados as well.

Newley excelled at both deep, personal ballads and uplifting songs of hope. Which way do you lean?

GL: This show takes you on a rollercoaster through Newley’s ups and downs, knitted together with his own brand of quirky humour. He wrote so many touching ballads about the human condition but sadly we can’t do them all in one show. But, if it’s a success, we can tour it and expand the repertoire along the way. 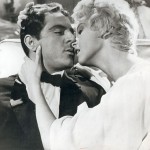 Ooh, so you’re hoping to take the show on the road?

GL: Yeah, we’d love to. We have such a talented and dedicated cast, and I’d love to spread the Newley message far and wide. Both Tony the person and the art he created deserve far more recognition than they currently get – and I really believe it’s just a case of exposure.

I can’t tell you how many times I’ve been asked about one of Tony’s songs after performing it in a show. People love them, they just don’t know how much they love them or who wrote them! I want to deluge them with Newley so that they get the message loud and clear!

Do you have a message for Newley’s fans?

GL: Yes – please come and see the show! I can’t imagine why they wouldn’t – it’s the only Newley show around and in a totally new format; it’s a dazzling, one-off production, and a chance to spread the word about his work.

Bring as many friends as you can, even if they’re Newley newbies! A) They’ll have a brilliant evening. And B) If it’s a success we can spread the word, get out there to other cities, and bring Newley’s work back to life and his name back into household use in all age groups.

But we can only do this if Newley’s fans help push this boat out. So please do get involved – it’s a great cause!

I really do think that if Newley were still with us he would thoroughly enjoy this show. We’d certainly love to have him!

By rail: Bath is approx. 70 minutes from London via rail (15 mins from Bristol) with trains running until 11.30pm.

By car: Bath is 10 miles south of the M4 with rapid connections to the Midlands, South East, Wales and the South West.

Car parks are at Avon St (free in evenings) or at Southgate (£2 after 6pm) – both less than two minutes’ walk from the show.